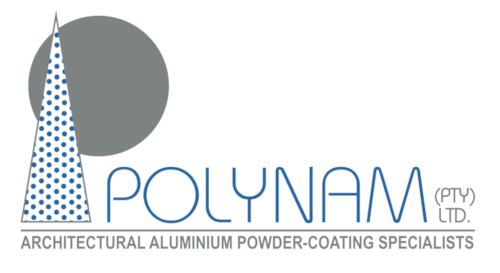 Polynam has been in existence for some 51 years and has been located in Benrose for 35 years.

Originally the company specialised in the wet baked enamel coating of mild steel for the Industrial and Commercial markets. It was later adapted to accommodate powder-coating (this being the application of suitably formulated powder, which is applied via an electrostatic spray gun to an earthed article and, when stoved, gives a hard, durable coating).

In 1977, Polynam developed the principle of Duplex Coating (powder-coating onto hot dipped galvanising) on behalf of Messrs. GKN Sankey for the Richards Bay Coal & Mineral Terminal.

Because of the performance to outdoor exposure, this system was specified on the Cable Racking for numerous projects e.g. South African Breweries and various mines (i.e. Western Deep, JCI and ERGO Processing Plant).

In 1985, the building industry demanded a wider range of colours, higher standards and more stringent control from Architects and Developers.

After extensive research overseas, Polynam installed the necessary testing equipment to be able to meet the requirements of "approved applicator" status and thus to be able to offer the market a 15 year guarantee on powder-coating of Architectural Aluminium.

In November 1986, after an extensive audit from International Paints (now Akzo Nobel) in the UK, Polynam became the first approved applicator for Interpon D powders in Sub-Saharan Africa.

In 1989, Polynam powder-coated aluminium for the first flush-glazing building in the UK.

On the 18th September 1990, Polynam received the official permit authorising the use of the SABS (later SANS) Standardisation mark on its powder-coatings.

With the withdrawal of the SANS 1578 in 2016 for powder and the uncertainty of the status and validity of the SABS marks in the Industry, Polynam applied for the Qualicoat Certification.

Qualicoat is an independent quality label organization, with their headquarters in Europe, and are committed to maintaining and promoting the quality of coating on aluminum and its alloys for architectural applications.